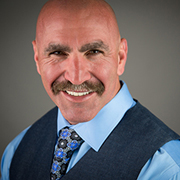 Steve has been involved in real estate since 2002. He has owned and helped manage a 39 unit apartment complex. He still personally owns over 31 homes today along with his business partner Pete. Steve is an airline pilot based in Houston, TX for a major airline and flies mostly international routes on the Boeing 787 airplane. Because of his background in aviation and working for such a large company, his knowledge and experience in processes and systems has helped play a vital role in making Empire Industries what it is today.